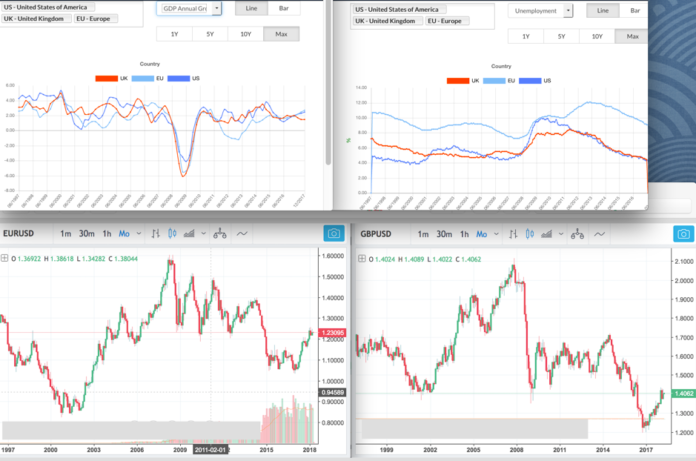 Note – This is a follow up research from the earlier research article MacroCcyRegressionRandomForestResultsSummary_3Apr18 where random forest regression was applied to predict average monthly currency prices using monthly macro data along with a time lag between them. This research considers daily macro and currency prices without any time lag and applies different regression algorithms to them.

Make sure you point the file loader to the correct location of the data file on your local drive.

Note – This daily currency price prediction using resampled daily macroeconomic data is a very simple premise and by itself not sufficient for all possible variations to the relationship between the macroeconomic data, currency prices and timeframe. There are many other variations that can be tried with the variables, data, time lag, different algorithms used and their parameters. Users can test that on their own and use as they see fit.

Note – The predicted and test results are not an exact match, which is quite difficult for such scenarios and data sets. But the variance reduces further with a larger data size, different time lags and other variables not considered here (central bank monetary policy statements, political statements, etc).